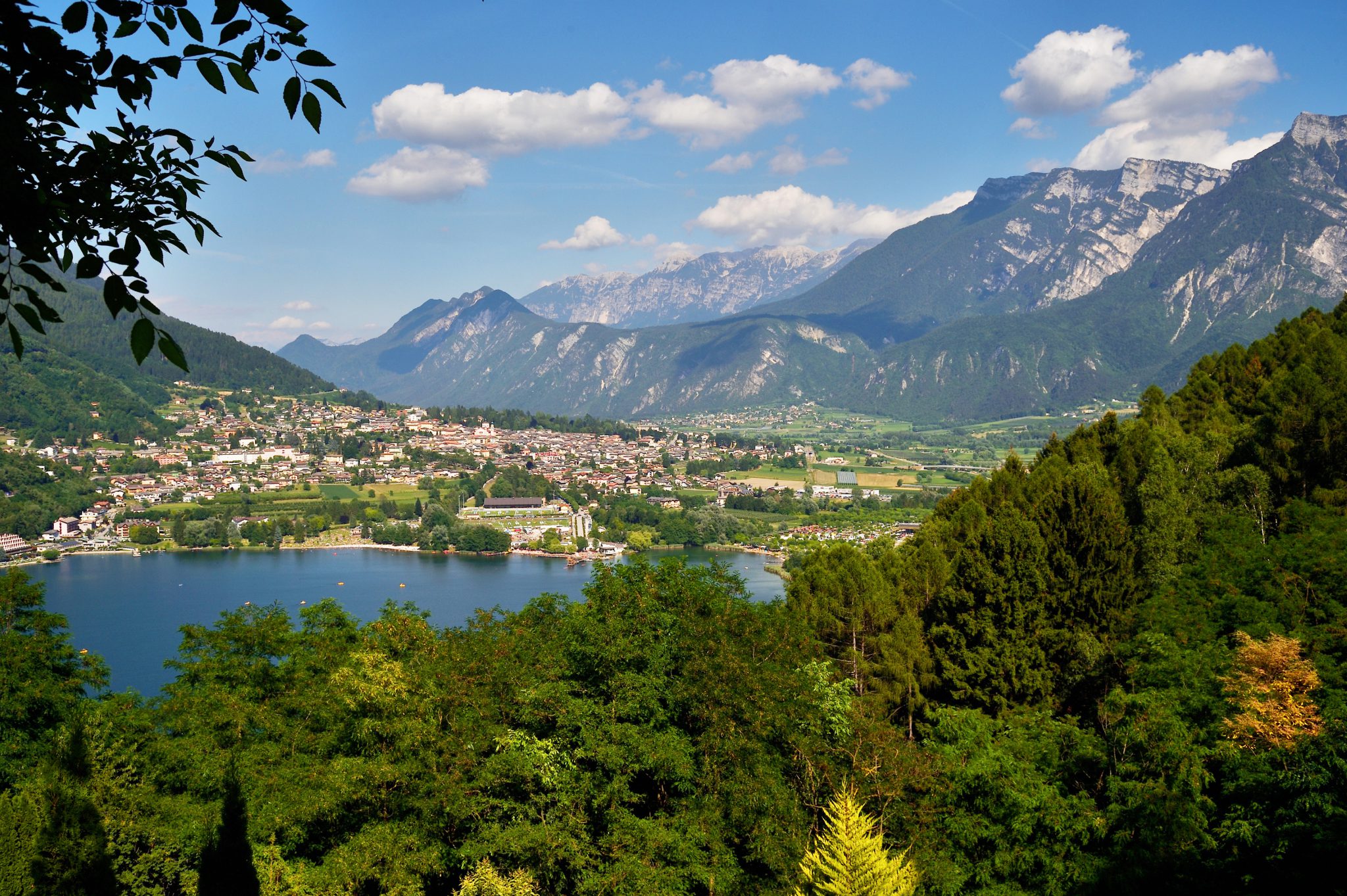 Lake Levico was formed relatively recently, due to the flooding of the stretch of valley between the Tenna hill and the Canzana by the Rio Vignola and Rio Maggiore, the only tributaries excluding some often unnamed brooks except the so-called Marlezzo which historically marked the border between Levico and Pergine.

It is the second lake entirely in Trentino by extension (1,164 km²), 2,840 meters long, 950 meters wide at the maximum width, and with a maximum depth of 38 meters . Its shores host a Lido and an adjoining park, as well as characteristic reed beds. The lake is sufficiently large to ensure relative climate mitigation, especially in the area closest to it.

At Lake Levico the prestigious international Blue Flag Award of the FEE (Foundation for Environmental Education) was reconfirmed, thanks to the clear waters, the beach and the eco-sustainable tourism-environmental management policies of this resource by the municipality of Levico Terme.